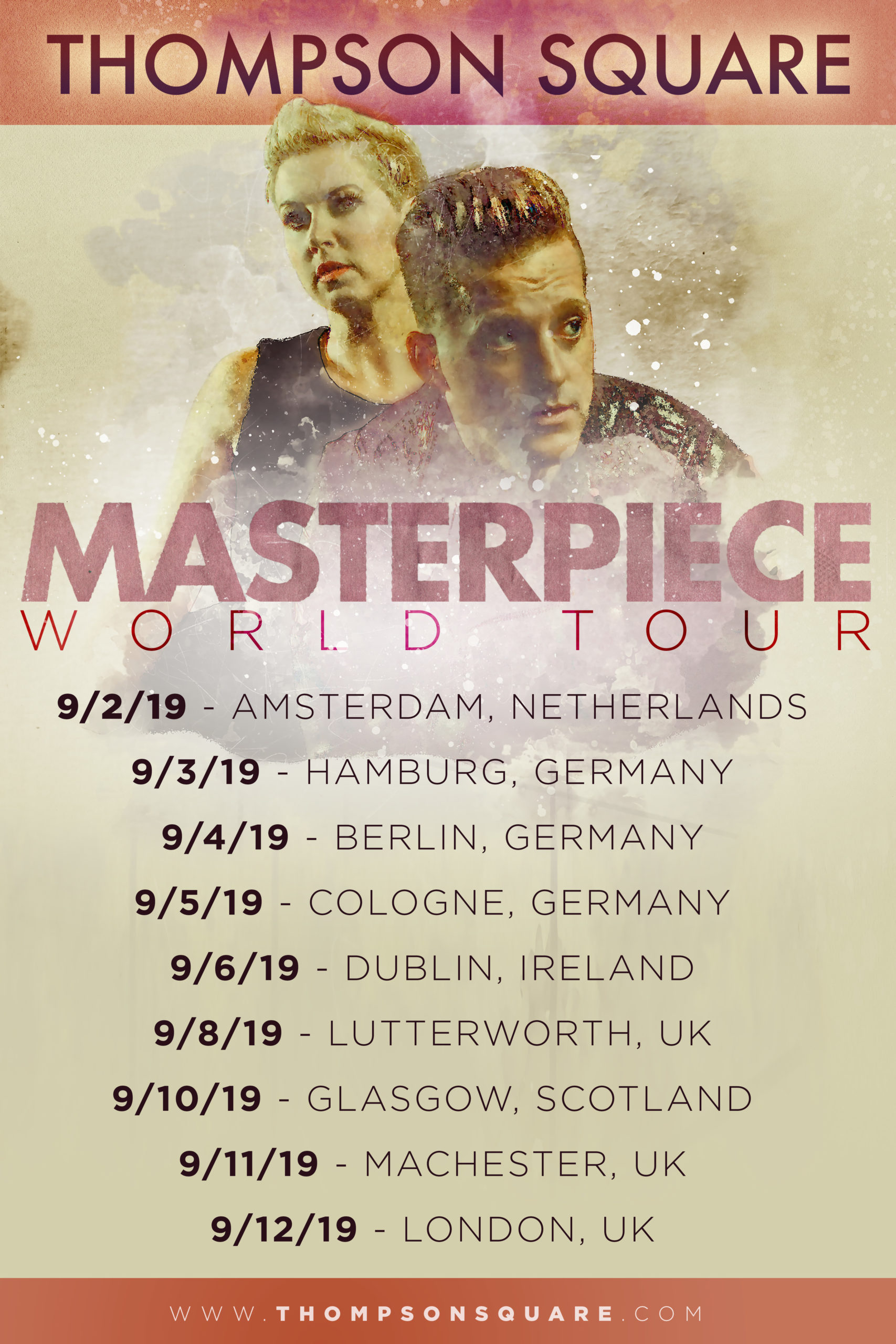 NASHVILLE, TENN. (March 25, 2019) — Grammy nominated, MULTI-PLATINUM Country duo THOMPSON SQUARE are opening a brand new international chapter of their storybook career this fall. The hit-making team of Keifer and Shawna Thompson will embark on their first-ever overseas tour in September.

Booked to hit five countries in Europe and the United Kingdom over 10 days, the whirlwind trip will kick off in Amsterdam, The Netherlands, September 2 and visit Germany, Ireland and Scotland before wrapping with a show in London, England, on September 12.

It marks not only the chart-topping duo’s first time performing for fans across the pond, but also their debut tour outside the United States. With international interest in Country music at an all-time high, they can’t wait to showcase their hooky, heartfelt songwriting and unmistakable vocal blend that has made them stars at home since 2010.

“Today is the realization of something that has been a long time coming,” says the duo’s Keifer Thompson. “We are so excited to announce tour dates that will take us all over this big world and can’t wait to finally meet so many of our fans. We’ll see you all soon!”